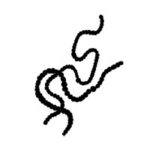 I am off to the lab amplifying my DNA!