Are these species collected from UK?

Which animal has the closest DNA to humans ?

why do you sequence plants

what you feed on?

What areas in the UK are the tree lichen most populated?

What properties of this bacteria allow it to photosynthesise and why is this the only prokaryotes to produce oxygen?

Which kingdom of living organisms do each of you believe have the most to offer from being sequenced and why? Thank you

what happens to the spiricles when the spider is on the water?

How strong is the fen raft spider silk?

is it true you eat 5 spiders in your life

How does the fen raft spider ‘skate’ across the water? How long can it float on the water for?

What type of weather condition do you prefer?

what is the ball on the bottom of it

What areas in the UK do the fen raft spider have the highest population? 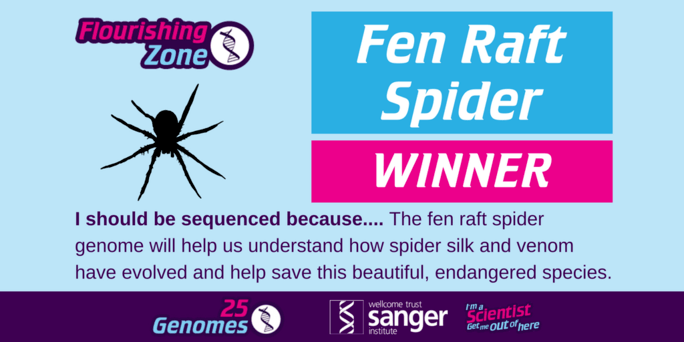 The Wellcome Sanger Institute is one of the world’s leading genomics research centres. In celebration of its 25th Anniversary, the Institute is going to decode the DNA of 25 UK species for the first time…and you can vote to decide 5 of them! 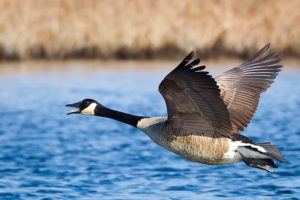 From 6th November – 8th December, a team of scientists and wildlife experts will each champion a species they think should have its entire DNA sequence decoded.

This is the Flourishing Zone, which has nine species competing for your votes. The species in this zone are on the up; finding out how they’re so successful might help other species to survive. Some of these species survive in extreme conditions, others have previously been endangered but now are doing well and some have been brought over to the UK where they are now taking over!

You may already know bacteria are pretty good at surviving just about anywhere. In this zone, you’ll meet Nostoc commune, a very talented bacteria found on rocks and water in almost every part of the world. The Canada Goose is another flourishing species. As the name suggests, these birds were brought over from Canada and they’ve now successfully spread across most of the UK.

It’s not all good though, this increasing population of birds often cause damage to crops and their droppings are causing problems for human health!